Let’s face it, as much as many of us may have joined the #ImStaying movement here in SA as we are forever hopeful that the situation in our beautiful country will start turning around soon, we would be lying if we said we haven’t already thought of or lined up a Plan B, just in case… We may not advertise this to the world (as that would be unpatriotic), but it’s something any sensible citizen, with the means, would do in case things decided to go ‘south’ here in South Africa. With the recent blackouts and load shedding reaching a record Stage 6 (which we’ve never had, not even during the worst Zuma years), an economic outlook that doesn’t look too rosy, and a currency that is notoriously unstable, it’s no surprise.

What if you could make a sound property investment, that allows your money to grow (in a stable currency), while offering you an unparalleled luxury lifestyle – an idyllic island getaway that becomes a home away from home, just a short 4-hour flight away. Sounds too good to be true, right? Maybe not…

Rated as one as the wealthiest countries on the African continent on a per capita basis, the total wealth held in Mauritius has risen by 195% (in US$ terms) over the last 10 years, making it the fastest growing wealth market in Africa and one of the top 3 fastest growing worldwide over this period. Add to that the fact that its conveniently accessible via a short, direct flight from all major SA cities, and the tropical island of Mauritius is proving to be a popular and sensible destination for South African buyers looking to acquire residency, while making a sound investment that could second as a holiday home.

As one of only two developers selling 100% freehold coastal land in Mauritius (90% of coastal land / beach front properties in Mauritius are owned by the government and works on a long lease basis so you never really get to own the land your beach front property is on), Azuri Ocean and Golf Village, owned by the BlueLife Group, a division of IBL which one of the biggest companies in Mauritius and listed on the stock exchange, sounds like a sound investment option. Handing over its first properties as far back as 2012, the creation of the Azuri Village was a BlueLife Group venture, one of the leading real estate companies in the Indian Ocean region, one who constantly seeks the highest level of legacy in the environmental space. BlueLife is recognised for its ability to conceive and deliver real estate assets in residential, hospitality, retail and commercial sectors, and purchasing a home at Azuri allows you to create the ideal lifestyle where the climate is tropical and pleasant, the inhabitants are welcoming and harmonious, the island’s infrastructure is modern, and you have your Plan B covered, just in case.

A major drawcard of course, is that the acquisition of property by a foreigner under the Mauritian Government’s Promotion Development Scheme (PDS) confers automatic residency for the purchaser and his dependents, full beneﬁts of a ﬁxed 15% tax rate on corporate revenues and proﬁts, and tax exemption on the secured value of the property. Mauritius’ PDS scheme, which allows foreigners to purchase prime real-estate (and in the process, get a Resident Permit) has resulted in a flourishing community of expatriates from around the world. Whether you are considering a change of scene, a shift in your career or simply an adventure, Mauritius is not a place you want to overlook.

With South Africans representing the second biggest ex-pat market in Mauritius, the trend is buying villas that resemble more of a home-from-home than a hotel. Standalone villas or luxury apartments are preferred where they can enjoy island living while having access to the on-site facilities of the adjacent Radisson Blue Azuri resort.

It’s quite rare for foreigners to be able to buy property on the beachfront in Mauritius, especially in a development like Azuri, with a resort with pool, spa, private beach, tennis courts and gym, which is why this development is so attractive. Rental incomes also provides owners in prime located developments such as Azuri with high good yields per annum on top of capital growth, in a stable currency.

Another great benefit when buying an exclusive villa or apartment at Azuri, is that you are away from the crowded city centres. Only 20 minutes by car, Grand Baie (to the north) or Flacq (in the south) offer pleasant drives through beautiful country roads and highways that provide ease of access to still benefit from all the small towns’ facilities. The beaches along the east coast, is a short drive away. But you’ll probably want to stay at Azuri much of the time anyway, as it’s got a wonderful balanced community living feel, and an abundance of services, shops, restaurant and amenities that provides you and your family with everything you will ever need in your home away from home.

Building and landscaping is almost concluded for Azuri’s latest phase - the 16 prestigious Ocean River Villas located along the northern perimeter of Azuri. These grand and chic residences form part of the village’s Rive Droiteneighbourhood on the sea; and were actually the first villas to be conceived at Azuri. All plots have been sold, and while 13 have popped up during the past 18 months, just 3 remain to be completed.

The properties were originally sold as Serviced Land, on which a collection of unparalleled villas have been built by BlueLife, Azuri’s property developer; or independently within the guidelines of a specially-conceived Building Package. These elegant, classical homes have been created as the largest and most exclusive homes yet, and could be described as the ‘Beverly Hills of Azuri’. Each exquisitely landscaped garden boasts magnificent views over the river as it opens onto the splendid turquoise sea. 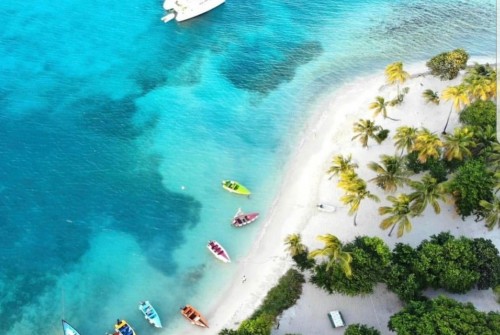 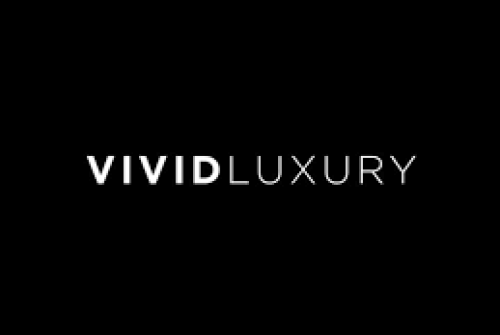 5 Ways to Work Efficiently During the COVID-19 Pandemic
By Guy Saben, Brand Manager at Wisenet (a division of Adapt IT)